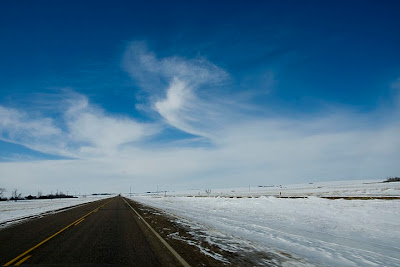 I have finally found a moment to organize my pictures from Prairie Debut! Check them out here! And let me know what you think!
Posted by Unknown at 10:46 PM 22 comments:

I was recently asked to provide some artist's notes on the "Early Inspirations"  program at Alice Tully Hall on March 25th hosted by the Chamber Music Society of Lincoln Center I will be joined by a wonderful group of musicians (Ani and Ida Kavafian, Paul Neubauer, Anne-Marie McDermott and Nicolas Alsteadt) in some great early works by Mahler, Berg, Shostakovich and Bartok.
Here's my two cents. As you can see this program strikes a very special chord with me.

The Chamber Music Society of Lincoln Center is well known for its enterprising and illuminating programs and tonight's selection is no exception.
I have to say that I was always incredibly fascinated by a composer's early works. These works are often dismissed as being derivative, but I believe that all great art needs to come from somewhere. No artist can create a masterpiece from scratch, for great art needs not only inspiration and vision, but also history and knowledge.
In a composer's early output we can clearly see two elements at play: the culture and traditions in which the composer was raised and his/her trajectory in creating a unique voice.
As a performer I find early works to be exciting and particularly revealing. For instance, there is a possibility that Bartok never completely abandoned the romanticism of his youth, and that we need to be aware of that side of him to make sense of his more abstract works. Or that perhaps Berg's later works could be just as extreme, passionate and aching as his Sonata op. 1. Most importantly, being exposed to these early works gives us a key to the composers' psyche and their world.
Posted by Unknown at 7:19 PM 21 comments:

An Amazing Journey, and gut feelings.....

Here we are, unbelievably, at the end of the Canadian Prairies Tour for Prairie Debut. We started in October, went back in December and now, for the last and longest leg, in February/March for 11 concerts in 12 days. Tonight, in Brandon, Manitoba, Lucille and I will play the last concert, our 25th event on this long tour. We gave a masterclass this morning at Brandon University, hosted by pianist Michael Kim, in which we heard six young promising students in a variety of repertoire.
Tomorrow we'll drive two and a half hours to Winnipeg airport, catch a flight to Toronto, then one to La Guardia and will be home, yes home, at night. Two days at home and we're off again to Italy, France, Lucille goes to Morocco and I go to Michigan. Yes, we'll have our beloved crazy life back.
Not that touring the prairies of Saskatchewan, Alberta and Manitoba was not crazy...
This last segment was very intense, with concert after concert, and long travels in between, but we had an advantage this time. Wonderful Lynne Bailey, Praire Debut's executive director came along and drove us everywhere. Not having to worry about where to go, when to leave, where to park etc... made things so much easier. It was really a blessing to have her with us on this long stretch. She drove about 2500km all together, and I have to say she kept spirits high throughout the trip.
Also, having Lynn drive us meant that I was free to bring my big DSLR along and indulge in one of my hobbies. I took about 300 pictures, mainly of white snow, immense plains, and unbelievable sky. We've never seen such sky in our lives, and so much of it. I will edit the pictures as soon as possible and post a link on this blog, so I can share this amazing experience with others.
Day after day, we met the most amazing and generous people, in bigger cities, and tiny communities. Once again music was the great unifier.
I have extensively chronicled a very different voyage through Russia and across Siberia HERE.
Yes it was a very different trip, but once on stage everything is always the same. In front of music we are all equal, and I do firmly believe that deep down, at a very basic level, people react to music in the exact same way. Education does play a major role in understanding music, but when I think of the gut feelings that great music triggers, I have discovered that people in New York react in the same way that audiences in Khabarovsk, Chita, Ulan-Ude,  Luseland, Weyburn or Snow Lake. Only after that, a series of "learned" concepts filters the music and lets us appreciate it and understand it to a higher or lesser degree.
Sometimes I do think that the "gut feeling" is really what it's all about though, and what needs to prevail.
If there is something I've learnt from these various self-imposed musical "expeditions" of the last few years (two Trans-Siberian tours and three Canadian Prairies tours), this is precisely it.
An invaluable lesson of what is REALLY important, in music, or life for that matter, and what at the end of the day our  ultimate goal should be in music making. Beauty, simplicity, immediacy is what makes music so universal. I've been lucky to experience that feeling in some of the most remote corners of the globe and see first hand the amazing effect that music has on people. No matter how long we work on every single minuscule detail, we should never forget that gut feeling, that visceral emotion that inhabits great music and is able to touch every soul in the exact same way, regardless of geographical, religious or cultural differences.